What Do Battenberg & Jam Sandwiches Have In Common With Vehicles?

A piece of cake, I can tell you…

It’s all about police vehicle livery!

Battenberg markings were developed in the United Kingdom in the mid-1990s, by the Police Scientific Development Branch at the request of the national motorway policing sub-committee of the Association of Chief Police Officers. They were first developed for traffic patrol cars for the United Kingdom police forces.

The brief was to design a livery for motorway and trunk road police vehicles that would maximise the vehicles’ visibility, from a distance of up to 500 metres (1,600 ft) when stopped either in daylight or under headlights, and which distinctively marked them as police vehicles.

The primary objectives were to design markings that:

How About a Jam Sandwich? 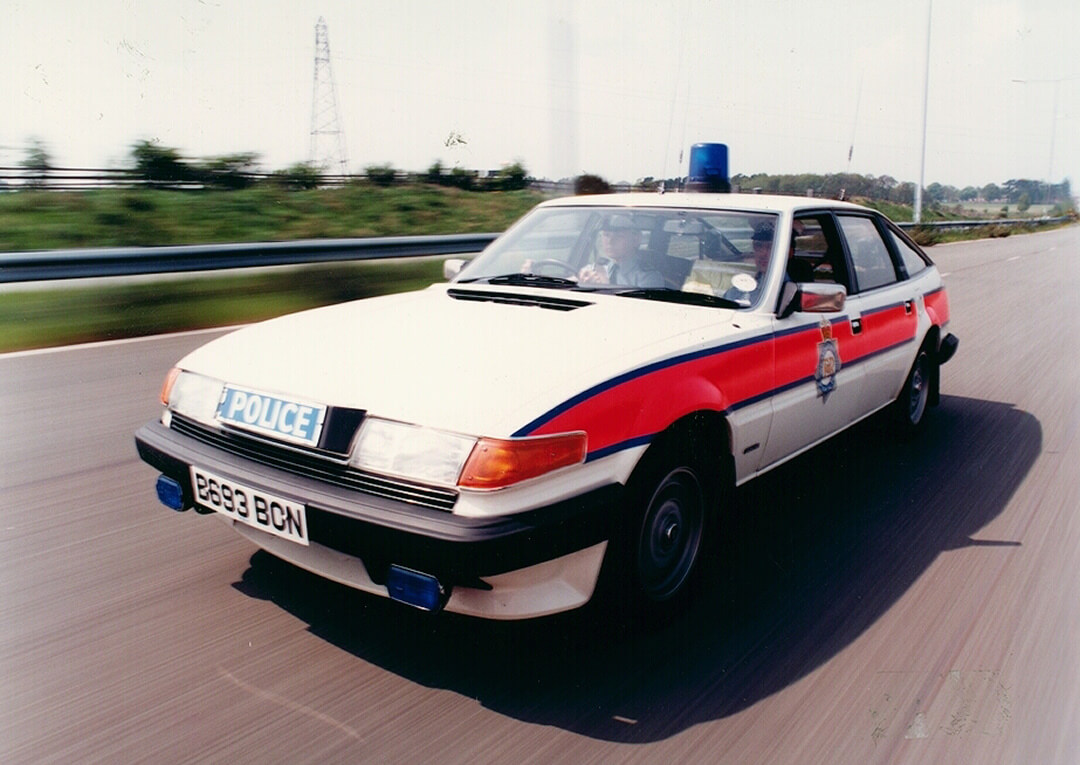 The term came into common use in the 1970s when such cars changed from the traditional blue and white colour scheme to white/grey with a broad fluorescent orange stripe along the side. This colour scheme is reminiscent of jam sandwiched between two slices of white bread, hence the name. The slang was popularised on TV shows such as The Bill, The Sweeney and Minder; as well as spreading through the use of CB radio.

The Hidden Meaning of Markings on Police Units

Police vehicles in the United Kingdom have markings of symbols on their tops to enable aircraft to identify them. These markings show the use of the vehicle.

Not every vehicle displays markings, but those involved in response and traffic generally do. This factor stems from guidelines of the Association of Chief Police Officers relating to police air operations and pursuit management.

CROSS – Police medics. Some policing vehicles like ARVs and IRVs may have major first aid and fire equipment installed with trained officers aboard.

Let’s take a look at some of the ridiculous to sublime police cars of our time!

From a Dutch fleet of Porsches to a Lotus GT410…

In 1967, the Dutch Highway patrol upgraded their fleet of Porsche 356 Cabriolets to the new 911 Targa. Why you may ask, would a country with a land size that is nominal and a penchant for cycling, need an open-top, sports car for traffic duties?

The two-plus-two layout of the 911 meant there was space to keep all the police equipment, and the Targa roof allowed one of the officers to stand on the seat to see over the traffic and issue directions. 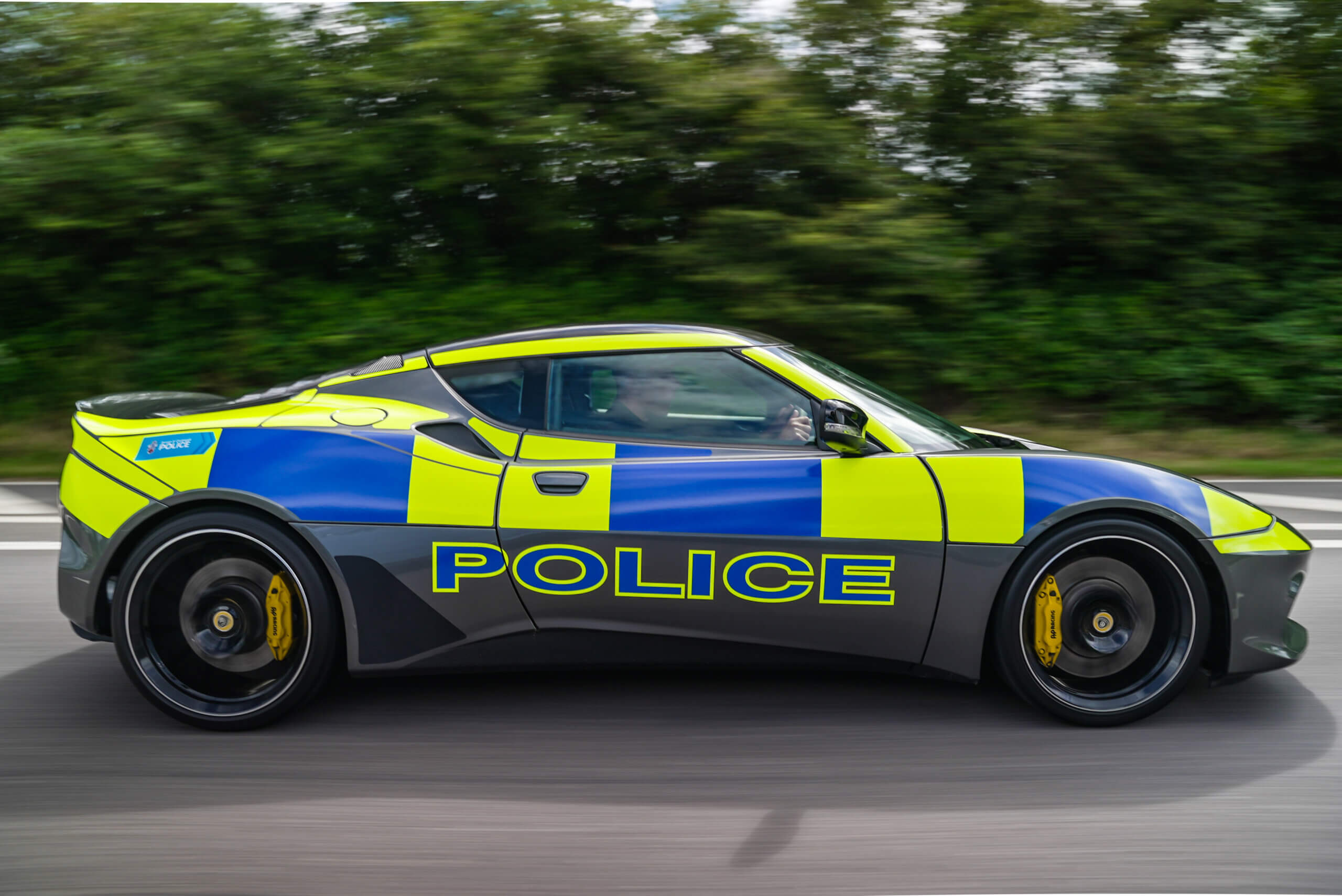 Devon and Cornwall Police showed off their snazzy new motor back in 2021 – which comes with a hefty price tag of £82,000 and a top speed of 184mph – that joined the Road Crime Unit (RCU). Which was only on loan to the force for 12 months. 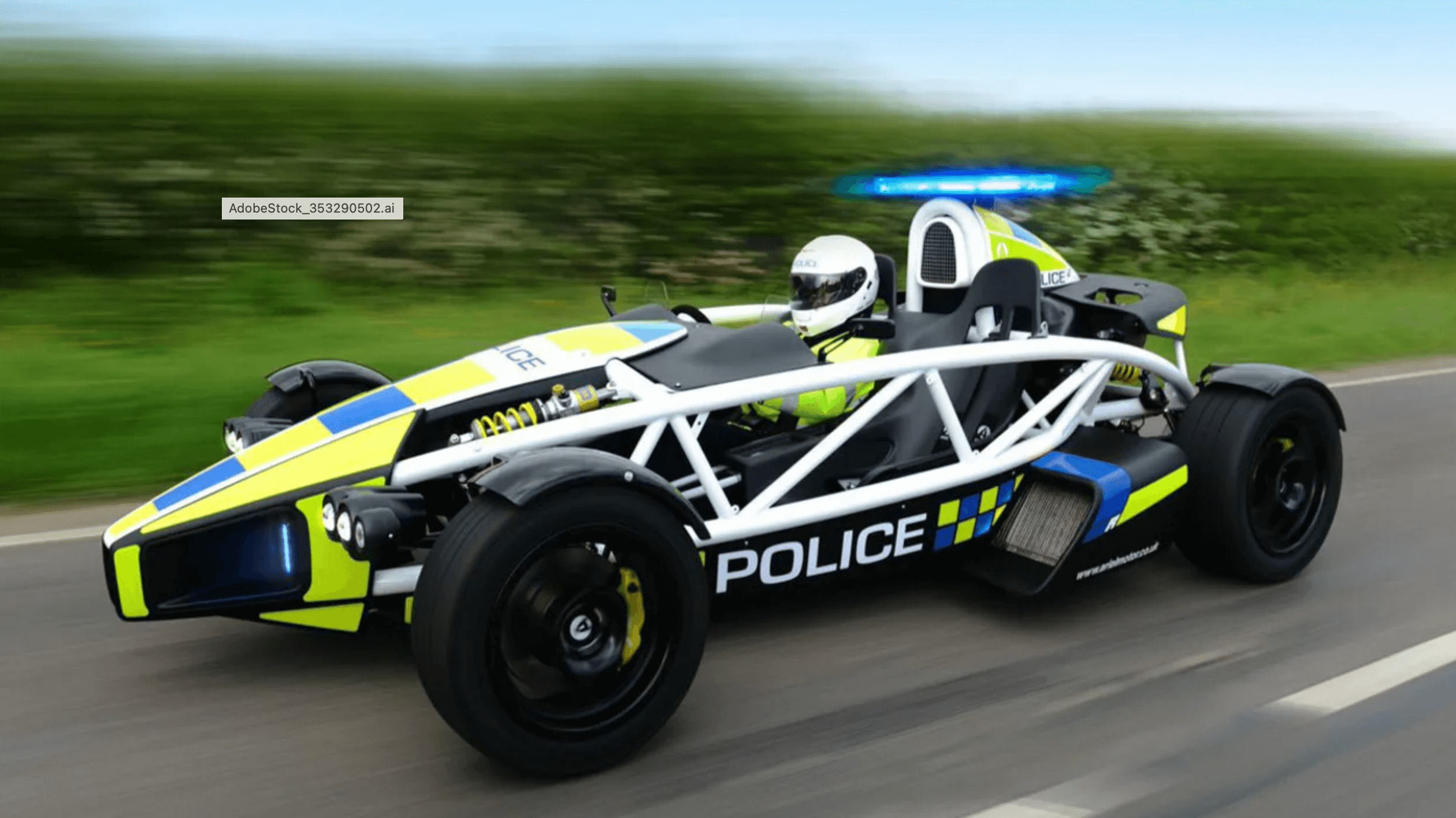 Ariel’s one-off police car was given to Somerset Constabulary, back in 2014. Again as with the Lotus, this probably will not have been used for the more serious police duties. This is a bit of kit that will get you to the scene of a crime rapidly!

If you liked this article, check out our blog which covers one of the most ambitious automotive design projects here.