The Stories Behind The Most Famous Racing Liveries

Iconic racing liveries are something deeply etched in the subconsciousness of every motorsport fan. The combination of eye-catching colours, recognisable decals, a low silhouette of the racing car, and the roar of the angry, high-revving engine is something that dreams are made of. Sometimes just the colour combo is enough to remind us of the glorious racing machines and evoke memories of legendary wins. In modern car culture, racing liveries outlived the cars and became an integral part of an automotive heritage long after the racing machines were obsolete. However, we still are unsure how to tackle the age-old dilemma of what makes the racing livery famous. Whether the racing cars and their success make livery recognisable and famous, or maybe it is the other way around?

From the very beginning of motorsport, racing cars have been painted in vivid colours with large numbers on the side. At first, it was purely for practical reasons so that racing teams and the audience could spot their favourites in clouds of smoke and dust on improvised circuits of the period. During the heyday of Grand Prix racing (1930s to 50s), cars were painted in national colours (white, red, green, blue, or yellow). However, when car racing became big business, and corporate sponsorship started recognising it as a perfect marketing tool, those color schemes were abandoned.

Suddenly, racing cars were turned into advertising billboards carrying corporate logos, signature paint jobs, and dozens of stickers. That visual explosion was perfectly matched with the rise in performance, mystic, and excitement that motorsport had brought to the masses. As a result, they were instantly recognisable to all people, but they became much more for car enthusiasts. For us, they are a coat of arms, a symbol of strength, and a “war paint” proven in countless fierce on-track battles. That is why we dedicated this article to some of the most famous racing liveries of all-time and the stories behind them.

Even though the JPS black and gold colour scheme was one of the most elegant in motorsport history, it is very unlikely that we will ever see it again. John Player & Sons was a tobacco and alcohol manufacturer which sponsored numerous high-profile race cars during the ’70s and 80s. This company-sponsored championship-winning Lotus F1 team and many touring cars worldwide and became successful in racing and very recognisable for its minimalist approach and monochromatic looks. However, FIA banned all tobacco and alcohol advertising on race cars in the early 2000’s so, black and gold race cars can only be seen at historic events like the Goodwood Festival of Speed. 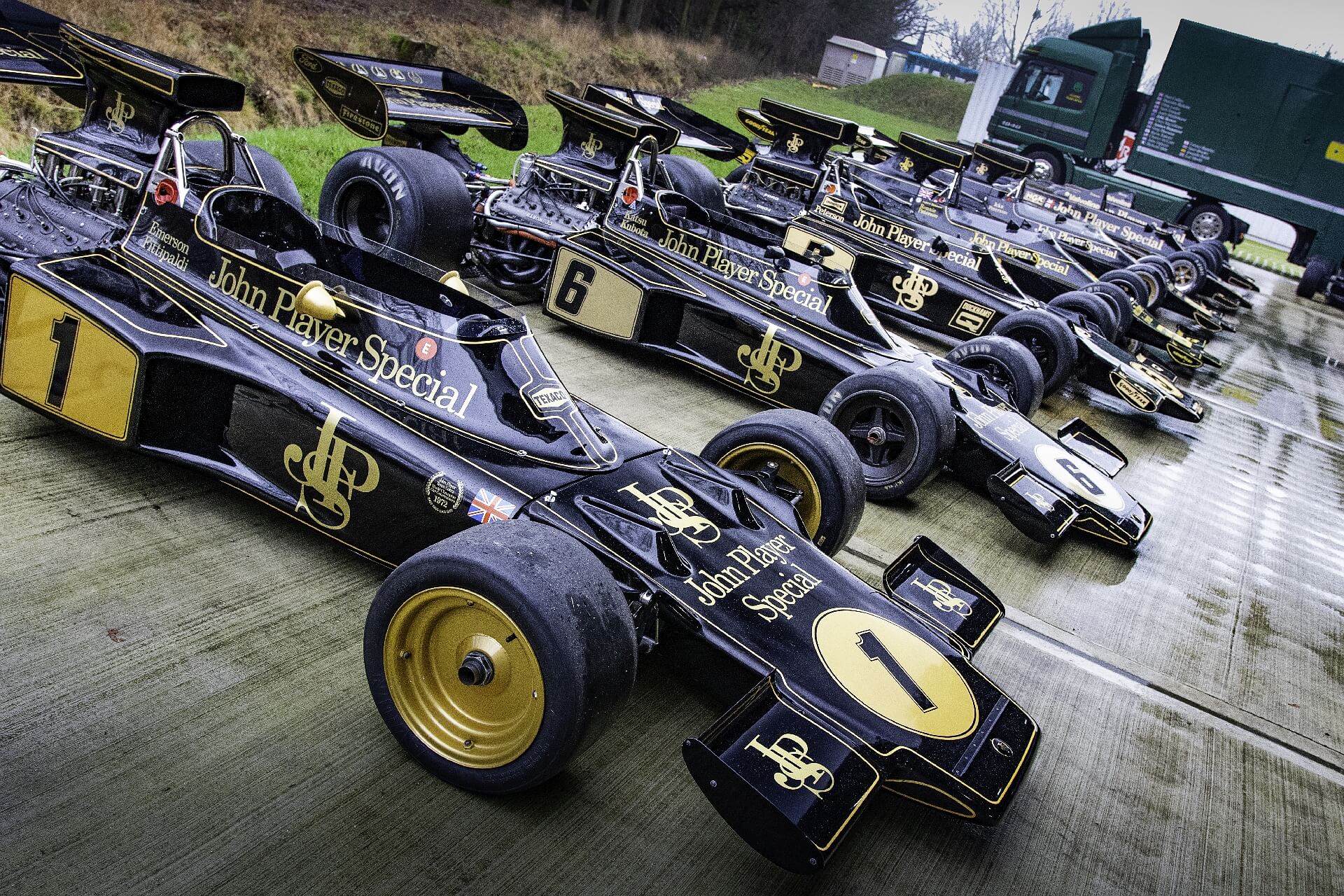 What is the first image that pops into your mind when you think of 24 Hours of Le Mans? Yes, light blue and orange Ford GT 40, triumphantly crossing the finish line of 1966 race shaming Enzo Ferrari and creating racing history in the process. In the late 60s, the Gulf Oil colour scheme first appeared on Fords and then on incredible Porsche 917 racing cars, which succeeded GT40 in winning the Le Mans race. Even though this cool-looking livery appeared on several other racing machines, it became part of the Le Mans and endurance racing legend since it was featured on the McLaren F1 GTR and, more recently on the Aston Martin DBR 9, which were victorious on the famous French circuit. The Gulf Oil light blue colour scheme is used on this year’s McLaren F1 car, and we hope that it will follow the same path as the famous Gulf-coloured race cars we mentioned. 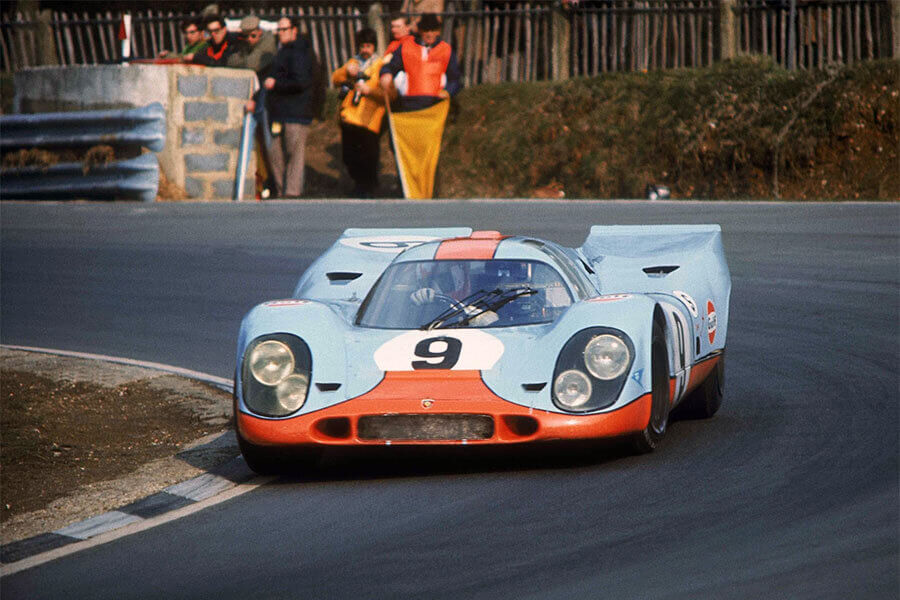 Technically, the BRG (British Racing Green) is just a colour, not a racing livery, but over the years, it became much more than dark green, with its history dating since the ’30s. Back then, all nations that participated in Grand Prix racing were obligated to use a specific color. Italians were red, Germans were white or silver, French cars wore blue, and British racing machines were painted in dark green. Interestingly, there was no consensus on what exact shade of green and every car company used its own mixture. The BRG became globally recognisable however in the ’50s when fantastic Aston Martin DB3 R and Jaguar C and D-Type dominated the Le Mans and Grand Prix racing. If you think that BRG disappeared, like other national colors, when advertising took over, you are mistaken. The characteristic dark green appeared on many Cosworth-powered F1 cars in the 60s, TWR Jaguars in the 80s, modern racing Bentley Continentals, and even became a signature Lotus colour which insists on BRG just like Ferrari insists on red.

Martini started sponsoring racing teams in the late 50s, but it wasn’t till the early ’70s that the characteristic blue-red-white livery was perfected. Since then, Martini grew to be one of the most famous racing liveries in the very colourful world of motorsport. This colour scheme is a clear example that a great design looks right regardless of the car it is on. Over the years, Martini appeared on various different race cars, from open-top hill climb Porsche 908 from Targa Florio, over extraordinary successful Lancia Delta Integrale rally cars to Colin McRae’s Ford Focus WRC. Although Martini Racing livery was most common on sports cars like Porsche 911, it also recently found its place in Formula 1, sponsoring the Williams Team. 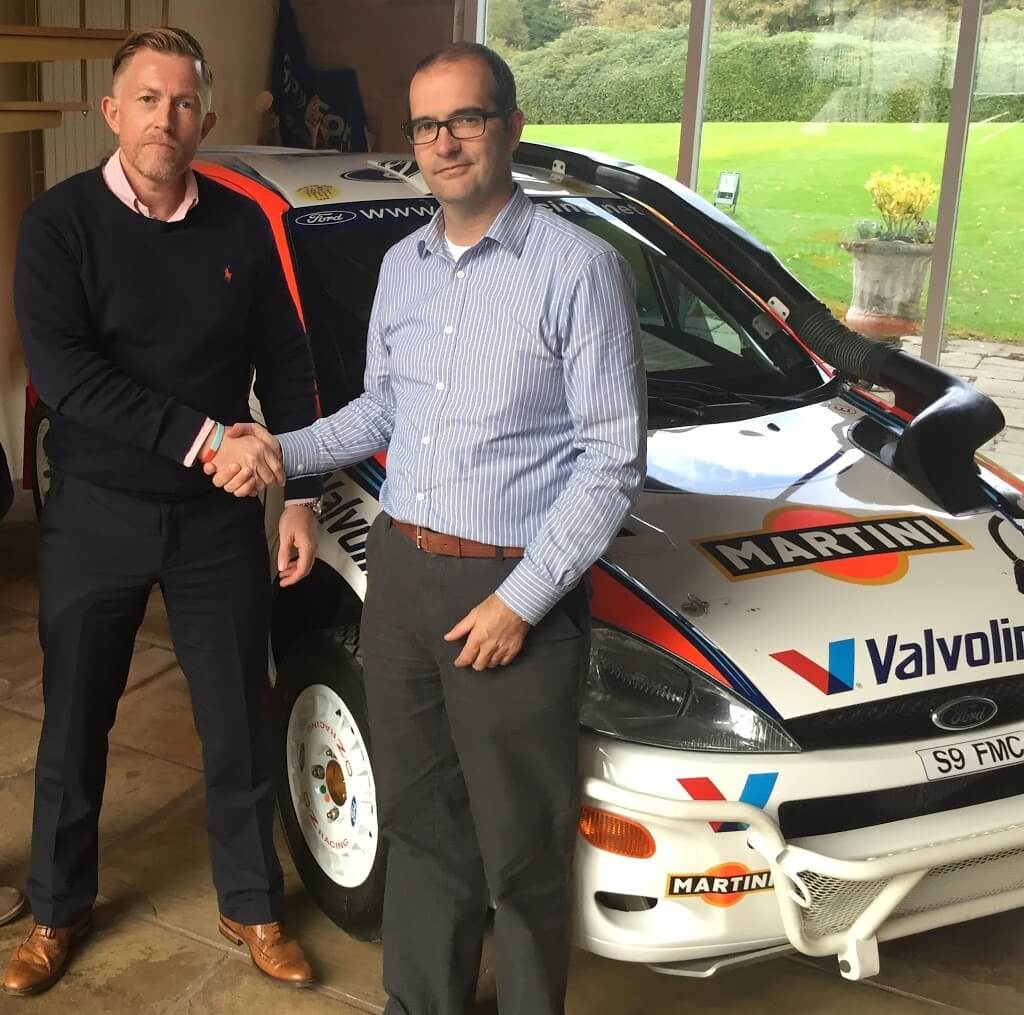 When WDA were appointed by M-Sport. Colin McRae’s Safari Spec Focus RS WRC in which he won the 1999 Safari Rally in.

It is incredible how three stripes can unlock an incredibly successful racing saga of BMW’s M Performance division. From the early ’70s right upto today, this simple yet iconic colour scheme has been synonymous with so many great touring and sports cars as well as their road-going counterparts. It was probably the first time that the works racing team has its own livery, which is used on all vehicles. The three stripes became globally famous when BMW introduced the E30 M3 and campaigned it worldwide. The first-generation M3 grew to be the winningest touring car in history, and those three stripes its trademark. 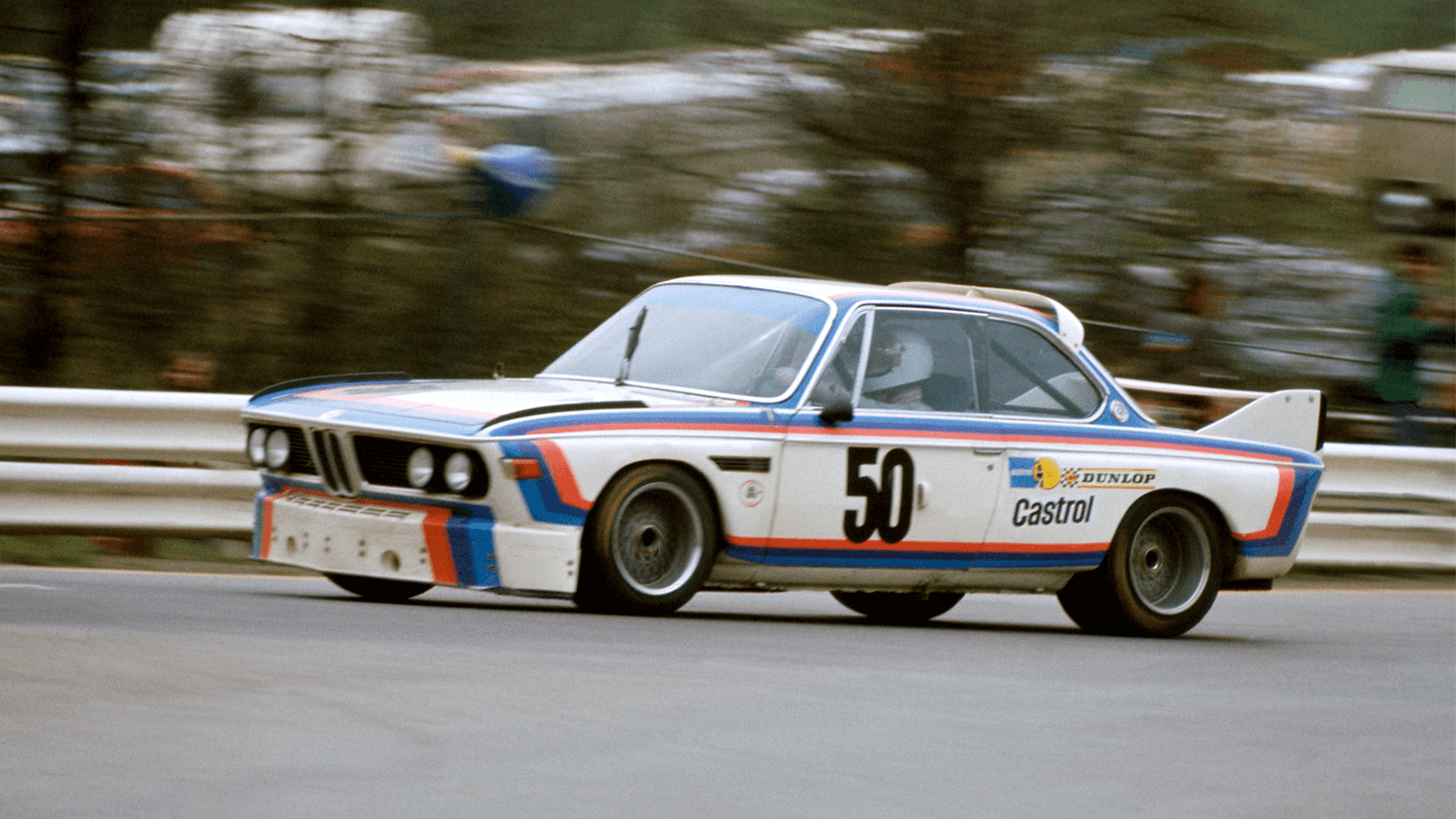 One of the classic racing liveries we are unlikely to see again is Rothmans, which graced Porsche Le Mans-winning 962 race cars in the ’80s and Williams F1 single-seaters in the ’90s. As you probably know, Rothmans is a tobacco company that cannot promote its products in motorsports anymore. However, when it could, it sponsored few very successful rally cars, as well. You probably remember the crazy Porsche 959 Rally car that won Paris – Dakar event in 1985 and the boxy but very fast Subaru Legacy, which exploded on the rally car scene in the early ’90s. 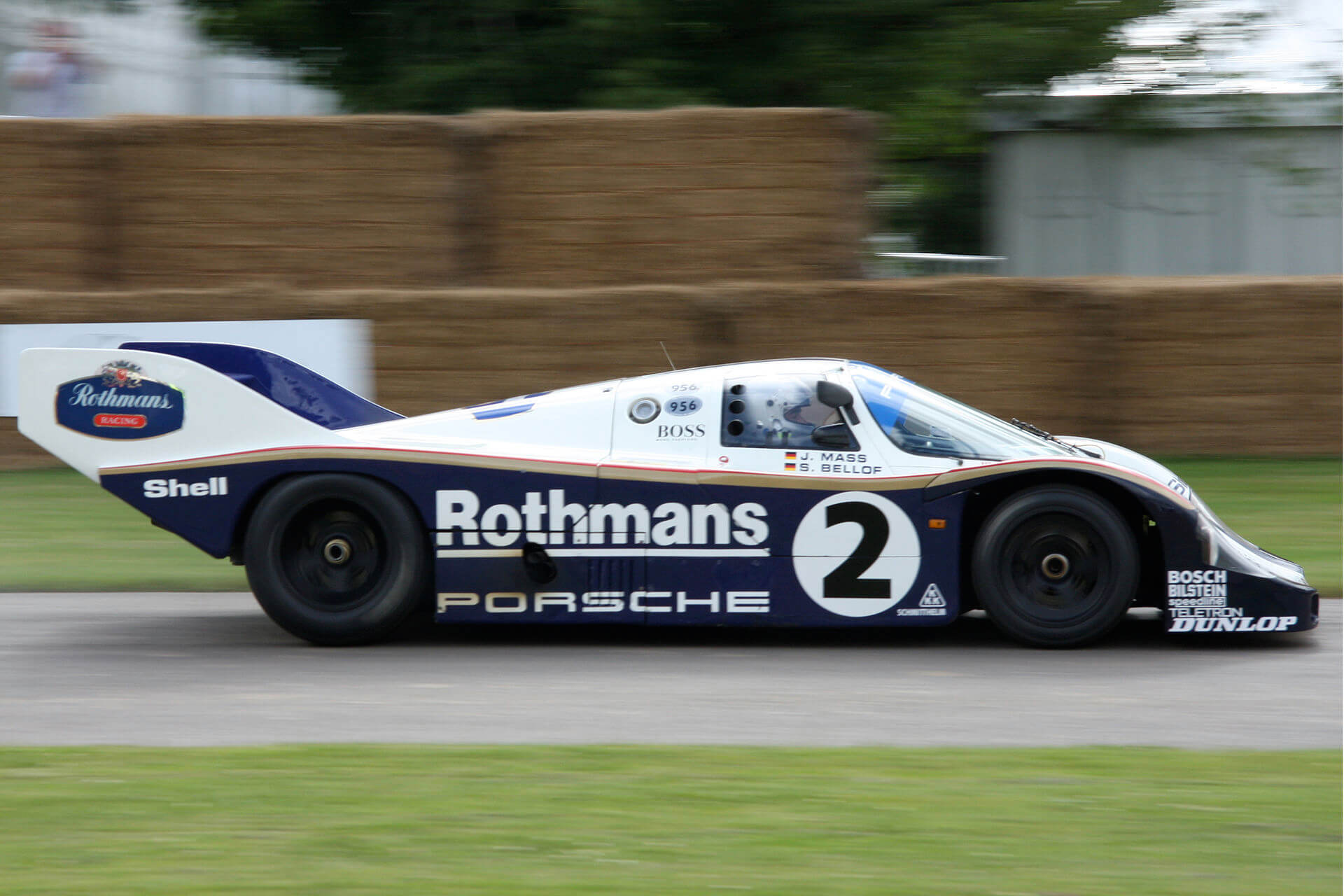 As you probably noticed, most race car liveries are sponsored by brands from the automotive industry or by tobacco/alcohol companies. However, in the early ’80s, one small company dared to put its logo and a colorful rainbow stripe on a heavily turbocharged and insanely fast Porsche 935, which resulted in one of the coolest race car liveries ever. Even though Apple is the most valuable company on the planet today, with its former CEO Steve Jobs regarded as a tech messiah, some four decades earlier, it was nothing more than a small computer company with a classic Porsche 356 owner as chairman of the board. Channeling its passion for German sports cars and wanting to get closer to the exciting world of racing, Apple decided to sponsor Bob Garretson’s 1980 Le Mans adventure. Even though the livery was used for only one season and that this particular Porsche retired after just 13 hours, it was a crowd favourite and still remains as one of the most significant racing liveries of all time. 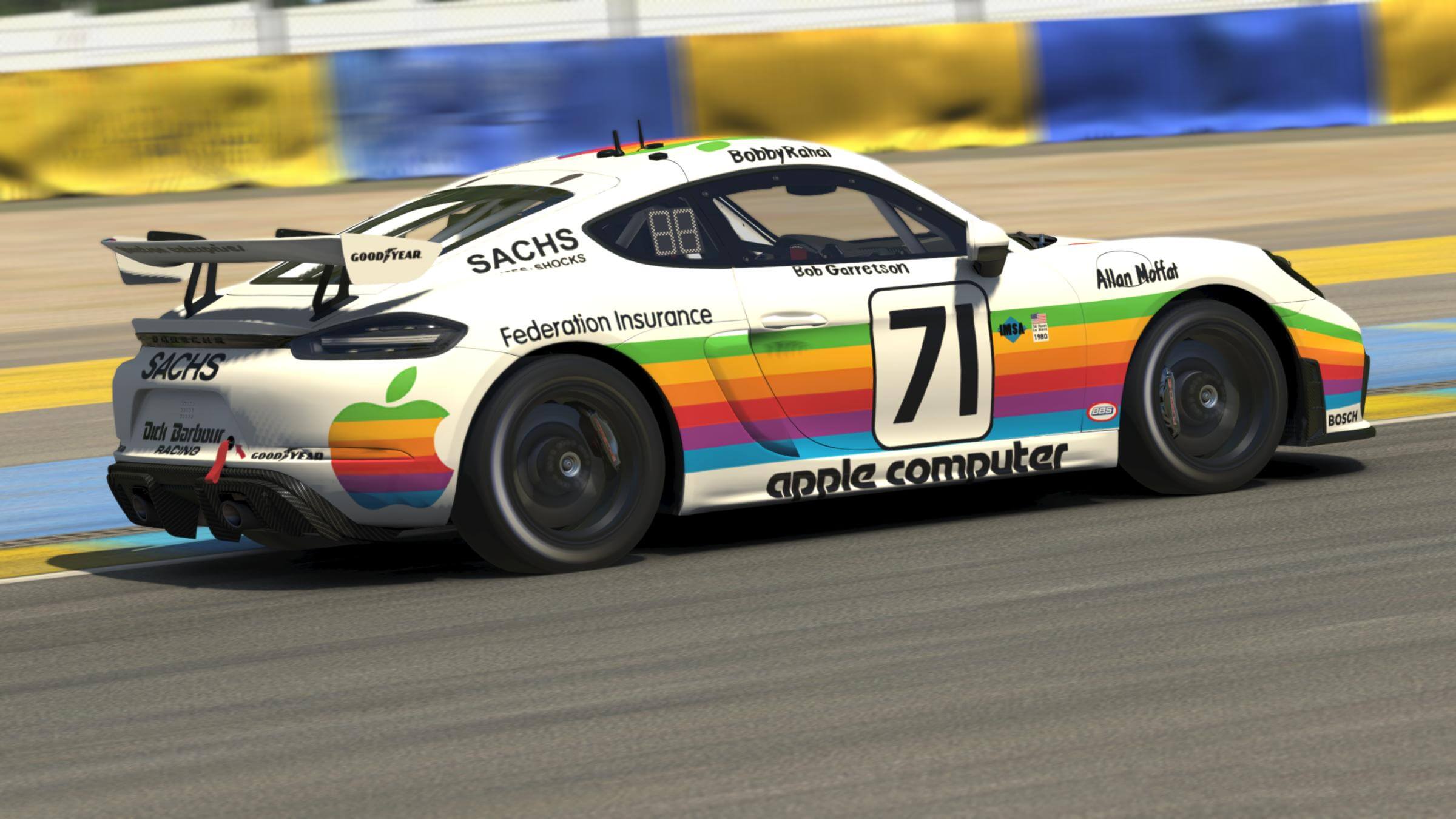 Apple Computers 935 Recreation. Adapted to the 718 Clubsport by Andrew Fawcett

After over 100 years of motorsports and advertising, it is hard to think of something new and exciting that would capture motorsports fans’ imagination. However, for several years now, NASCAR fans rave about the eye-catching M&M-sponsored stock car driven by Kyle Busch. The NASCAR race liveries were always very colourful, with hundreds of decals on every car. Still, the M&M-sponsored Toyota Camry is instantly recognisable even with the fans that are not into the American motorsport scene. The design is simple and ingenious at the same time, and seeing the giant bowl of M&Ms going 200 mph on superspeedway is definitely an unforgettable experience. 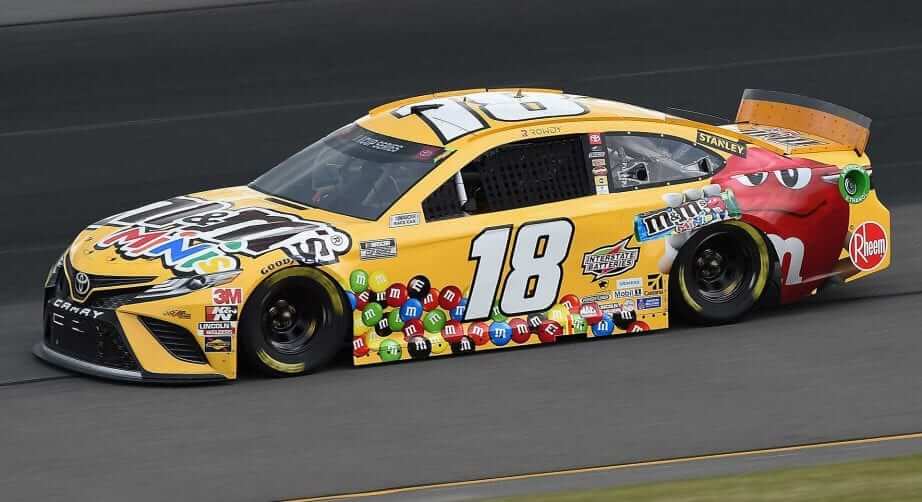 The story of State Express 555 sponsoring the Subaru factory rally team is one of the most successful sagas in motorsport. The collaboration lasted from 1993 until 2004, even though Subaru continued to use the same scheme without the 555 logo. Deliberately or not, the 555 livery is pretty similar to Subaru’s factory colour (blue and yellow), which made this sponsorship a match made in heaven. Over the course of 21 years, the blue and yellow Subaru WRC team managed to score 47 wins, three constructor titles, and three driver’s championships and be home to some of the rally legends like Colin McRae or Richard Burns. Even today, just seeing that hue of blue or three fives makes you think of all-wheel-drive Subaru fighting through the mud on the rally stage. 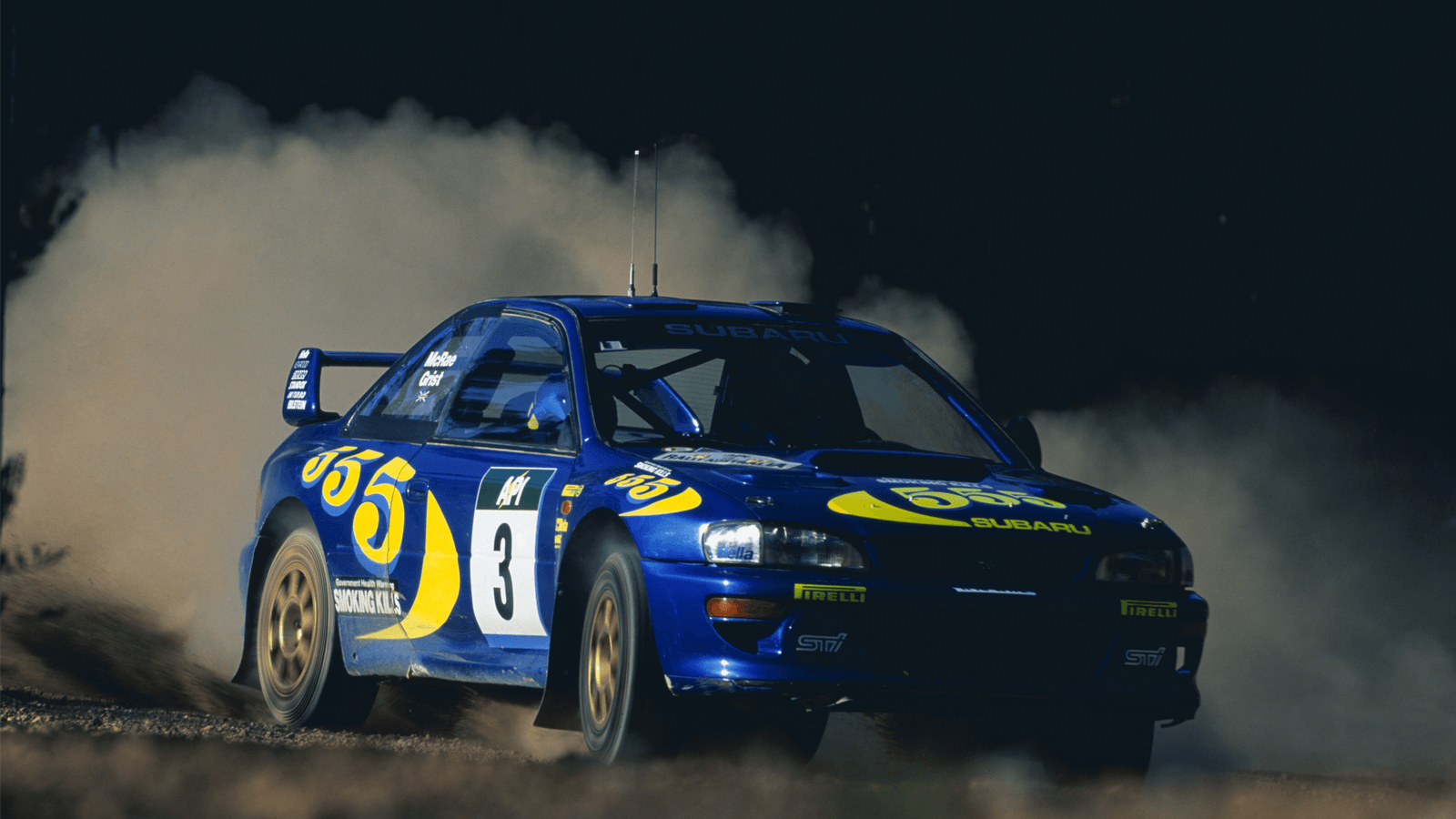 The story of the most fabulous racing car’s liveries wouldn’t be complete without the simple but extraordinarily recognisable red and white Marlboro colour scheme. The distinctive two-tone design was featured on many racing cars, even in the early 2000s, before the ban on tobacco advertising was enforced. However, racing fans will never forget the Marlboro-sponsored McLaren F1 efforts and legendary Brazilian driver Ayrton Senna behind the wheel of the MP4/4 race car, winning his first world title in 1988. That red and white car made Senna’s career, and even 33 years later, Marlboro livery is synonymous with this racing legend. 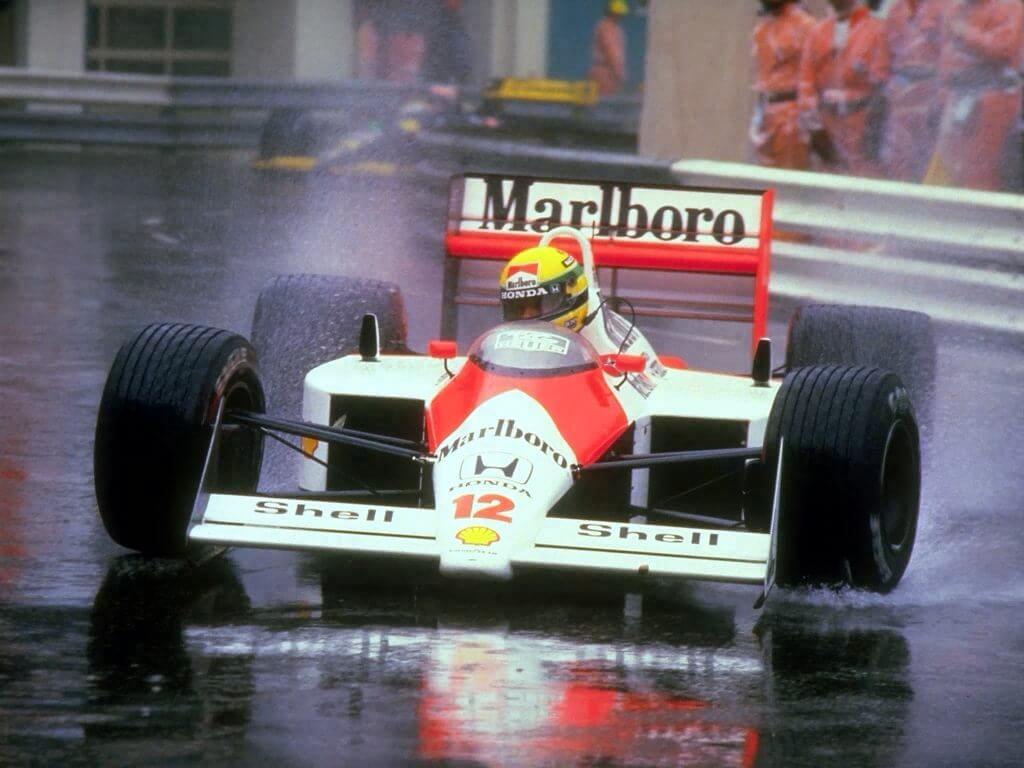 There you have it, some of the stories behind the most famous racing liveries of all time. Which is your favourite?