The 2018 Goodwood Festival of Speed came to a close on Sunday and the 25th-anniversary edition of the event was certainly an extraordinary one.

This year also coincided with Porsche’s 70th anniversary, and saw the EV movement gain even more traction including a stunning run from the wild VW I.D. R which set a Goodwood record for the fastest electric car. The show also saw WDA client Diamondbrite make their Goodwood debut, where our ‘Great Diamondbrite Heist’ campaign was driving traffic and business for the brand throughout the event.

Back in the office we’ve all been hotly debating our best Goodwood Festival of Speed moment, but with so much happening it’s been impossible to pick one. So we picked 7! Here they are:

To celebrate 60 years of the BTCC, a classic FOS shootout took place. It was great to see some of the BTCC all-stars including Andrew Jordan, Matt Neal, and Josh Cook completing head-to-head for this year’s crown. Find out who was crowned the winner in the video below…

A decade ago driverless cars would have been something only spoken about in Science Fiction but now they are a reality and the technology is progressing at a terrifying pace! This year, history was made as we got to see the first ever autonomous vehicle tackle the Goodwood hill – Roborace’s Robocar! Here’s the video…

Maybe, just maybe, in a few years time, we could see something very similar at an electrifying pace and breaking records. Who knows?

Porsche, the largest and most traditional sports car manufacturer in the world celebrated its 70th anniversary at Goodwood this year. What a celebration it was! From their incredible sculpture in front of the Goodwood house to the vast range of iconic Porsche vehicles that had their moments up the hill, it really was an anniversary to remember! 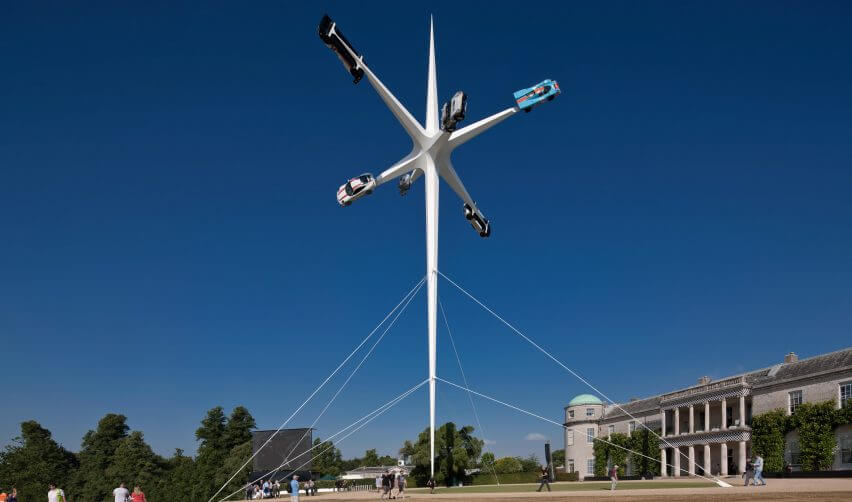 McLaren gave the world the first look at its new track-focussed supercar, the 600LT. It is said to be their quickest, most powerful and lightest yet road-legal Sports Series car yet. The 600LT is capable of reaching 200kmph in an astonishing 8.2 seconds! McLaren said that the remit of the 600LT is “to engage and excite drivers to the highest levels imaginable”.

The incredible Volkswagen I.D. R is a prototype all-electric race car and is part of a collaboration between Volkswagen’s R tuning brand and their Motorsport division. With a Pikes-Peak win in Colorado recently achieved, the VW I.D. R smashed the electric car hillclimb record at Goodwood this year and also clocked in the 3rd fastest ever shootout time at 43.86 seconds! See the lap below… What records will it break next?

It was great to see the Finnish F1 driver who is currently racing with Mercedes having some fun at Goodwood. Watch him punish the tyres on Nico Rosberg’s 2016 Mercedes F1 AMG as he does a few donuts before setting off up the hill!

More records were broken at this year’s Goodwood Festival of speed with Terry Grant. The world famous stunt driver managed to maintain concentration, stay on two wheels and smash the current world record for the fastest two-wheeled mile. The new record was set in an orange Ranger Rover and it marked the 24th world record held by the Brit. Watch his world record two-wheeled mile below…

The Goodwood Festival of Speed was a record-breaking, incredible event and the 2019 edition is something you’ll not want to miss. Sign up for ticket alerts here: https://www.goodwood.com/sports/motorsport/events/ticket-alert/

Staying ahead of the curve

WDA are always up to date with the latest in the automotive industry and we attend as many trade shows and exhibitions as possible year round. This enables us to stay ahead of the curve in a competitive industry and deliver the best results for our clients. Our next event is Automechanika Frankfurt in September so if you’re there, come and say hi!

If you’d like to improve your current automotive branding or marketing strategy then get in touch with us today to find out how we can help.